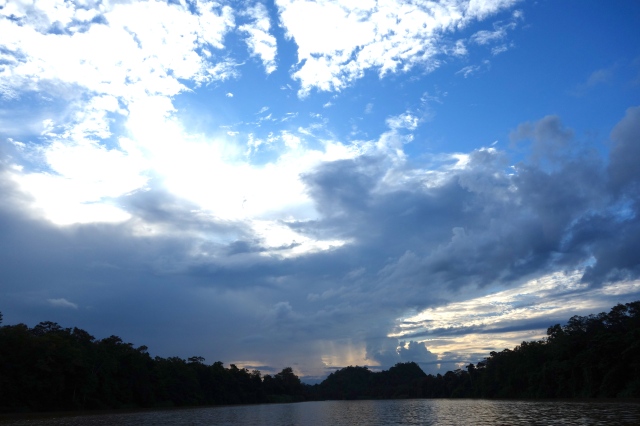 After (reluctantly) leaving Borneo Rainforest Lodge, we drove for about 2.5 hours to Bilit Lodge, on the banks of the Kinabatangan River. Despite being in secondary rainforest, this stretch has one of the highest concentrations of wildlife in the world, and is Malaysia’s second longest river.

As had become customary with this trip, our guide, Di, was incredible, and launched straight into stories about the river people and his tribe, the Orang Sungai. This included a few choice lessons from his Uncle. He told us to be careful in the jungle, that children are taught not to swear or to argue, because if you do, the bad spirits will find you and you will get lost. He also taught us that should you curse and get lost, to look around 360 degrees, check that you are truly lost, and then to take all your clothes off so the ghosts and spirits won’t get you (?!), and then to follow your feelings so you find your way. Luckily we didn’t get lost in the jungle, so there was no walking naked through the trees.

Set on the banks of the river and accessible only by boat, the Lodge was near the main village, and felt like a taste of rural life in Borneo. There were chickens wandering around, and signs warning you not to leave belongings outside in case they are stolen by the macaques!

In the afternoon, we went on a 2 hour boat safari along the river, and really the only word I have to describe this is exhilarating. Something about going so fast, amongst all that wildlife. It was amazing. Our boat was an eight seater speedboat, and unless you were slowing down to spot something, the drivers booted it down the river. Fast fast fast! After dinner, we also did a night safari.

Here’s what we saw; 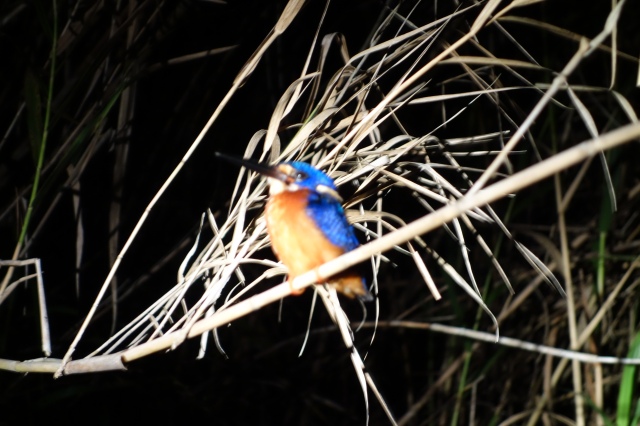 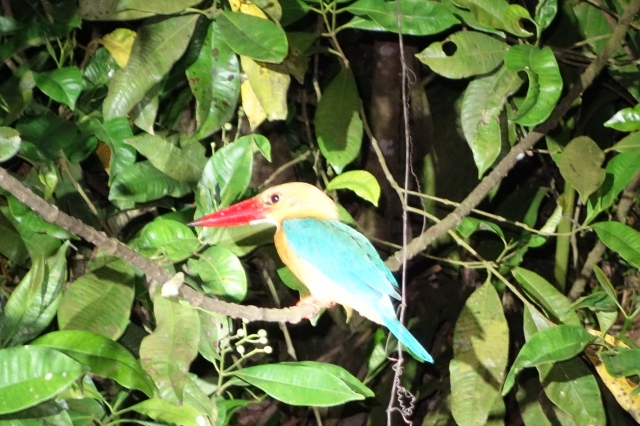 We also saw more Orangutans, so many beautiful owls, and one big beady eyed crocodile. A windswept, mystical adventure of a day. 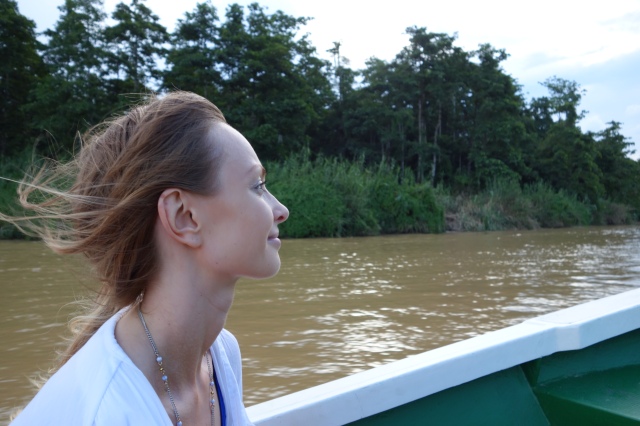 One thought on “Fast Boats on the Kinabatangan River, Borneo”